Laguna Beach has a long and rich history in the arts that extends back to 1903. "Can’t miss" attractions include the Laguna Art Museum and notable local galleries.

Laguna Beach: An Artistic Mecca
Vacationing in Laguna Beach is a great opportunity to check out the renowned local art scene. After all, the city has been a mecca for visual artists since the turn of the 20th century. Impressionist Norman St. Clair came south from San Francisco in 1903 and completed some stunning landscape paintings. When he moved to the area, some fellow artists followed his lead.

Laguna Beach quickly became an artists’ colony, particularly drawing plein air artists – meaning those who paint outside, capturing natural light and movement in their works. Top examples of Laguna Beach artists using that method were William Wendt and marine artist Frank Cuprien. In just a few years, Laguna Beach’s population had risen to 300 people, and about half of the town’s residents were visual artists.

“These plein air artists borrowed and expanded the techniques of their impressionist counterparts by applying loose applications of paints,” explains the Laguna Beach Alliance for the Arts, “incorporating strong color patterns, and making light an important element of their expressions.”

In 1918, another prominent artist, Edgar Payne, started an art gallery to showcase the pieces of the Laguna Beach Art Association (LBAA). That organization eventually morphed into the Laguna Art Museum, a facility that is unlike any other in that it is centered exclusively on the state of California.

Let’s look at the museum in a little further detail, along with some of today’s top galleries.

Get to know the unique Laguna Art Museum
As indicated above, the Laguna Art Museum collects, preserves, and displays art that has to do with California. All of its collection is either by a California artist or depicts life within the state – making it the only museum of its kind. It covers all eras and styles of visual art from the 1800s to today.

“Laguna Art Museum believes that the artists of California have created works of the highest quality and significance,” states the museum. “An artistic center throughout its history, Laguna Beach is a natural home for the premier museum of California art.”

Before the museum came the Laguna Beach Art Association (LBAA), which was created by local artists in 1918, with Edgar Payne serving as its president. Originally headquartered in a small cottage, the group was able to move to an impressive gallery built by Los Angeles architect Myron Hunt after painter Anna Hills spearheaded a fundraising effort. That original gallery is now the Steele Gallery, one part of the current museum.

The gallery allowed the LBAA to display the paintings of its members. People started donating pieces, though, and other works were loaned to the group for display. It was becoming a museum.

The LBAA eventually transitioned into the Laguna Beach Museum of Art (1972) and later the Laguna Art Museum (1986); simultaneous to the name change, it was expanded to its current form.

Short-list of Top Galleries
Once you’ve seen the museum, it’s time to visit some of the best Laguna Beach galleries. Here are six places to start, as recommended by Genie Davis of CBS Los Angeles:

Village Gallery – This gallery, opened 37 years ago, is a popular spot for collectors and standout receptions. Artists include Rob Kaz, Sam Park, and Thomas Kinkade.

Ruth Mayer Gallery – This gallery, opened by Mayer, features her own work. “These hyper-realistic, beach-centric images dazzle with their complexity and detail,” says Davis. “Mayer’s interesting works include often hidden depictions of herself, as well as images within images, such as translucent angels in the clouds or sea.”

Whitney Gallery – This contemporary fine art gallery offers new pieces by Marc Whitney. At this spacious setting in downtown Laguna Beach, you can see his paintings and sculptures, both of which blend classical and modern styles.

Laguna Gallery of Contemporary Art – This space showcases pieces by artists, based locally and internationally, who focus on human rights themes. Paintings of every different style, photographs, and sculptures all share this bright environment.

Sandstone Gallery – Like the Laguna Art Museum only exhibits work on California themes and by California artists, this gallery only presents work by Southern California artists. It is the oldest stop on Laguna’s Gallery Row. “The gallery has a homey atmosphere and a charming, shake-shingle roof,” says Davis. “But… the original works of art on display here are eminently modern.”

Your trip to Laguna Beach
Where do you return after a day out exploring the local arts? The Capri Laguna on the Beach is the ideal place to center your visit to one of the world's most beautiful settings. 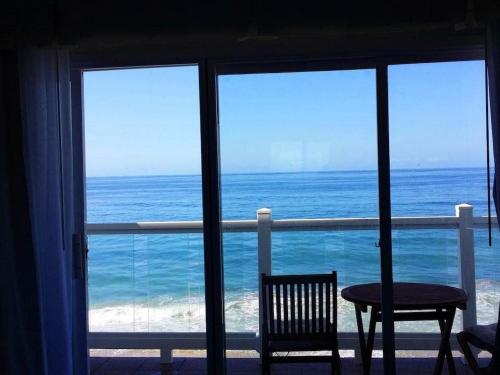 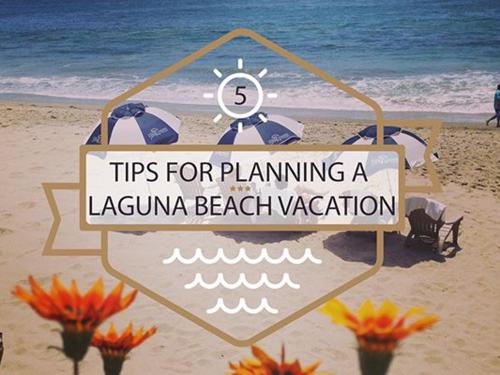 5 Tips for Planning the Perfect Laguna Beach Vacation
Laguna Beach is a sunny seaside resort city located in southern Orange County, California and is the perfect destination for your next beach vacation! 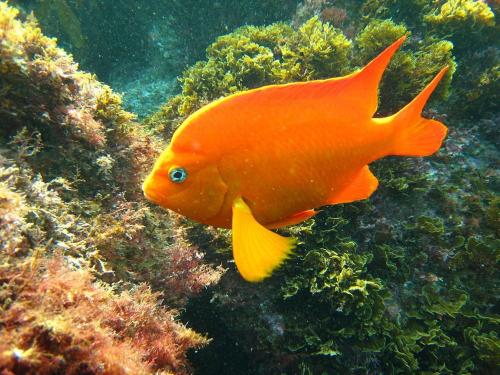 Meet the Garibaldi at Laguna Beach
Previous
Next