The History of Laguna Beach

Those who come to visit Laguna Beach often don’t realize that the area’s first settlers came here to plant trees. It later became known as a Bohemian artist colony.

Origins
The city of Laguna Beach was founded in 1887. Its known for its breathtaking geological features, which range from mountains to almost three dozen beaches and coves running along nearly nine miles of coastline.

Laguna Beach has a long history of concern with preserving its natural resources. In other words, the city is known for being sustainability-focused before that was en vogue. Beginning in 1964, a number of different strategies adopted by the city have served to keep development pace reasonable and allow the local environment to thrive.

People had a long history in the region before the arrival of American settlers. In fact, an ancient skull, estimated at 17,000 years old, was discovered in Laguna Beach in 1933. Native Americans went to the coves, caught fish using hooks made out of bone, and created objects including dishes and jewelry out of seashells. These people subsisted primarily on fruit from live oak trees. They were nomads who travelled in line with the harvest of the trees.

Trees bring the first Americans
The first Americans who settled in Laguna Beach did so because of trees too! The settlers were incentivized by the government, via the Timber Culture Act of 1873. The legislation was introduced as a way to get people to plant trees in areas of the West where there weren’t any. “The Timber Culture Act (1873) granted homesteaders and other entrants an additional 160 acres of land if they planted and cultivated at least 40 acres of trees within 10 years,” explains http://www.ariesnonprofit.com/P6.php" target="_blank">Applied Research in Environmental Sciences. Typically settlers arriving in the 1870s planted eucalyptus in the ensuing years, which gave Laguna Beach part of its charm but was not worth much as a timber product.

George Thurston and his family were the first people to arrive in South Laguna, getting into “town” in 1871. Their son Joseph later wrote a book about their first years living there. His father George grew melons and vegetables and would then take a wagon five days to Los Angeles to sell them. The family is memorialized several places in town: Thurston Street, Thurston Intermediate School, and Sarah Thurston Park.

Five years after the Thurstons’ arrival, in 1876, Nathaniel and William Brooks arrived. They were considered the original pioneers who stayed for more than a summer. William originally discovered the area while hunting, making his way through a trail created by the Native Americans.

William eventually staked his claim to almost 170 acres at Arch Beach. There he built houses. “William’s brother, Nathaniel Brooks, brought water from Bluebird Canyon through a series of pipes and tunnels to Arch Beach,” notes the Laguna Ocean Foundation. “The Arch Beach lot would be later sold to Hubbard Goff” (another major local historic figure).

Metered development
South Laguna has at different times almost seen developments that would have greatly altered its character and turned it into a more bustling city. The Santa Fe Railroad bought Treasure Island – which at the time was called Goff Island – in 1889, with the idea that they’d build a train station and resort there. However, the tracks were directed inland so the resort never happened. A national depression in the 1890s further kept the town from becoming more urban.

The Thumb brothers, LC McKnight, and Howard Hiesler starting developing North Laguna, which was then known as Laguna Cliffs, in 1905. Their development created the only area of town with streets that criss-cross at right angles. “Water was piped in from Laguna Canyon, and this was the first neighborhood offering water with every lot,” comments the Laguna Ocean Foundation. That was especially important because the area was known for great views without functional necessities such as drinking water.

An artist colony
Laguna Beach has attracted many artists. Norman St. Clair was the first to come to town, sketching many local scenes. His work drew others artists to town. During the roaring 20s, there were more than two dozen professional artists in the area, including Karl Yens, William Wendt, and Frank Curran.

Laguna became known as an artist colony at the far reaches of the frontier. Only a few hundred people actually lived in town. It really was known as a getaway for visual artists in the 20s, having similar characteristics to other communities like it on the east coast: beautiful scenery, camaraderie, and easy access to the art world of southern California.

Edgar Payne built his studio in Laguna Beach in 1918. Payne and Anna Hill founded the Laguna Beach Art Association. This association both embraced the California Impressionism movement and incorporated the oceanfront landscape theme.

The Festival of Arts was first introduced during the Great Depression to bring money into the area. The Pageant of the Masters was added thereafter.

Many of the residents of Laguna Beach are deeply concerned that the town still continue to have a small-town charm despite its prominence nationally and internationally. “Over 300,000 visitors now see the world famous Pageant of the Masters each year,” explains the Laguna Beach Historical Society. “More than five million people visit Laguna each year.”

Enjoying your stay in Laguna Beach
Are you coming to Laguna Beach? At Capri Laguna, you will find spacious, comfortable rooms, superior amenities and the best service in Southern California to make your experience memorable. Book now! 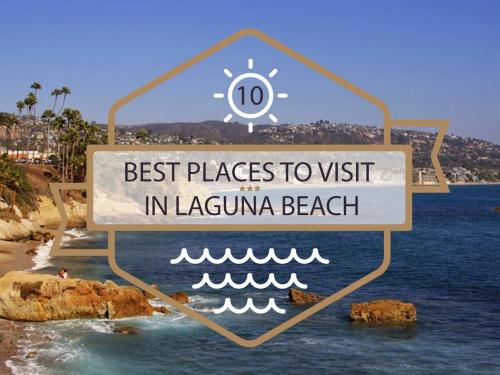 Top 10 Best Places to Visit in the Laguna Beach Area
We want to tell you a little bit about some of our favorite places here in Laguna Beach ... click to learn more 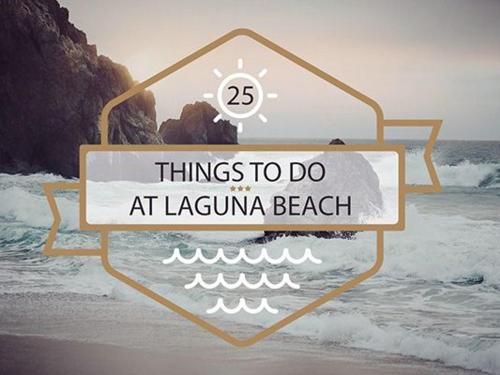 25 Things To Do During Your Laguna Beach Vacation
We compiled a huge list for you just in case you are fresh out of ideas!